Rate your Draft order? Then put your money where your mouth is. 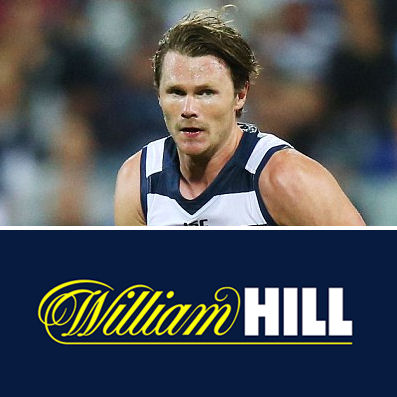 William Hill have a new offer for people signing up through this link, where you can get a $100 Bonus Bet with a $25 deposit. Exclusive offer for DT Talk fans so get involved if you’re over 18 and enjoy a responsible flutter.

Rate your Draft order? Then put your money where your mouth is.

Based off our top 10 Draft Rankings that were compiled, here are the odds offered by William Hill as for these guys to be the leading scorer in their respective positions. Players are ranked based off the DT Talk average Draft position.

With this bet though it’s ‘leading scorer’ and therefore games played will be a huge factor in this. I’ve looked over the last three years and placed a percentage (%) of the games each player has played over this period.

Best Bet: I’m not sure we can take Adams here as his record to play 22 games over the season isn’t great. He has the worst percentage of games played from everyone in these three lists. Believe it or not, but my best bet/value bet here is Kade Simpson. He has played in all but 2 games in the last 4 years and if he can put 22 games together again, he’ll be right up there at juicy odds.

Best Bet: The $4 favourite here has to be the best bet in Dangerfield. He played all 22 games last year and has only missed 3 games in his last 6 seasons. Easy bet and $4 is actually good value.

Value bet: Jack Steven has started the JLT pre-season on fire and let’s not forget he was the leading Fantasy scoring not that long ago. Great odds at $17.

Best bet: Personally, I really like Nick Riewoldt here althoughmany might say he’s too old. He plays 8 out of his first 10 games under the Etihad roof and should get off to a monster start. Back on the wing he should be huge again at nice odds at $6.

Value bet: To play all 22, I’m backing in as a roughie… Isaac Smith at $17. Played all 22 games last year and is now as important as ever in the Hawks team. Will have some big games of 120+ and could shake the top scorers at the end of the of the season.