It all starts on Tuesday, get some BBL Fantasy PODs from Nic. 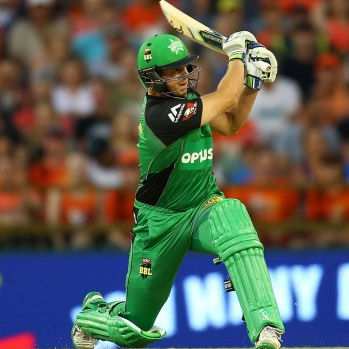 We’re now under a week away from the first over of BBL|06 and with your BBL Fantasy team probably still in a state of flux, it’s time to give you an even larger migraine by throwing in some point of difference players that might just give you the edge in your head-to-head leagues. These will be players that you’ve (probably) not considered for your team to this point and I’ll try to avoid any obvious choices.

Hurricanes coach Damien Wright has stated Short is almost a lock to play game one and could even open the batting since Hobart don’t really have a logical partner for Tim Paine right now. His DPP makes him very handy too.

Can you imagine being a lesser-known fast bowler in a squad alongside Nathan Coulter-Nile, Andrew Tye, Jason Behrendorff, Joel Paris and Mitchell Johnson?  You’d be lucky to get a game, let alone play game one! Well a spate of injuries has opened the door for Jhye to play game one and probably a few more too.

Reed only played three games last season, but his inflated price comes from the fact he averaged 55 points during those matches and took six wickets. The Hurricanes seemed to prefer Sam Rainbird over him last season, but Reed looks like he’ll get the nod for game one.

With John Hastings injured, the Stars will need to find a replacement quick and Gulbis’ batting might give him the edge over Daniel Worrall. Gulbis made 16 and took two wickets in the Stars’ practice match against the Thunder a few days ago. Ben Hilfenhaus is the other one who will be in contention for the Duke’s spot.

Gibson is another Thunder player who will need to play early games to make up for the team’s paper thin batting depth. He batted in the middle order during their practice match against the Stars and considering the Thunder have a double game week up first, he might be able to make you some cash. Watch out though as the Thunder might go with academy player Jay Lenton ahead of him.

Labuschagne is having a breakout summer and should slot straight into the Heat’s middle order. The Queenslander was named the player of the series during the Matador Cup, averaging 52 runs. He might be the best short form cricketer you’ve never heard of. Slot him in if you can find the room.

Who else do you think could be a big point of difference this summer? Leave a comment below and good luck!