News on the 2017 AFL Fantasy season has started to drop. 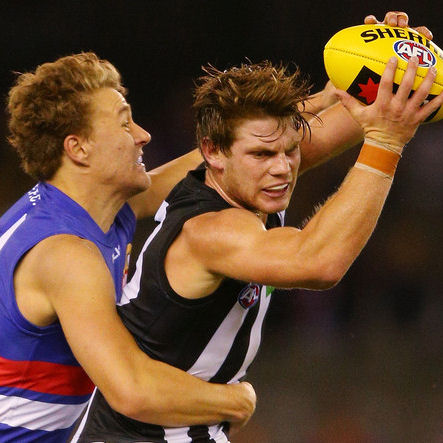 Over the last couple of days the spreadsheets have been flying around Fantasy HQ with the positions from Champion Data for the upcoming AFL Fantasy season. Prices are currently being finalised (more news on that soon), but the chatter has been all about the positions. Remember these are used across all of the formats with UF only ever adding to them (ie. they don’t change any, just adding what they believe is a missed DPP).

Here’s the news you need to know…

Stay tuned to AFL.com.au for articles all week and the next week, our club-by-club analysis. The most important things…

Forwards have been decimated

Many of the top forwards from 2016 are no longer available as FWDs. Most have been stripped of their DPP and are MID only now. They may get it back if their roles suggest they deserve DPP addition, however, here’s the 15 highest averaging forwards from this year with their 2017 status.

Of the eight players available as FWDs in #AFLFantasy who averaged more than 95, only one remains in 2017. pic.twitter.com/tFhSDmM6UF

Adams will be the most expensive defender and almost a must have following his last two seasons that has seen him average 101.2 and 102.9. Macrae has averaged more than 104 twice in his four year career and may arguably be under priced considering he went at 98.8 this year.

Others of note that will be DPP include:

Although not DPP, it is important to note that Luke Hodge will be DEF only and Christian Petracca will be FWD only.

Jack Macrae will be a very popular FWD/MID. His PB average is 104.4 from 2015. #AFLFantasy pic.twitter.com/xjxLEjeTWA

Plenty of DPP with the draftees

We’ll get a bit of love from some draftees thanks to some handy positioning. Also, draftee pricing will have a bit of an overhaul with the number one pick once again being the most expensive of the new crop… however, McGrath’s price will be much lower than it would have been the last couple of years.

Stay tuned for more information as it comes to hand, including a podcast, video and some articles on AFL.com.au about the upcoming season. Prices aren’t too far away. If you have a question on a particular player and their position, ask in the comments and also head over to Twitter and check out the feed where we are answering questions.