Less than 3 days to go. This could be you if you win the Fantasy Tour de France in the DTTalk ProCycling League. Here is your essential strategy guide … 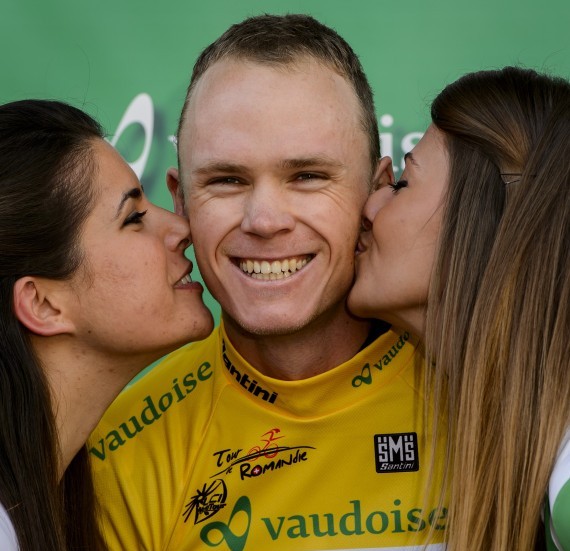 This could be you if you win the Fantasy Tour de France in the DTTalk ProCycling League.

Le Tour de France starts on Saturday night, Australian time.  That is only 2 days away.  Hopefully you have:

I’ll repeat some information about the DTTalk Ultimate Cycling Challenge as some readers might have missed the last update.

I’ve invented CCA – Combined Cycling Arts.  This is a revolutionary, world-first concept, exclusive to DTTalk ProCycling League.  Riders in our league can go beyond the normal fantasy cycling competition.  You have the option to also enter the DTTalk Ultimate Cycling Challenge (DTTUCC).

The DTTalk Ultimate Cycling Challenge will run for the duration of the Tour de France.  In recognition of the fact that pro-cycling requires both strategy and physical endurance, the challenge will combine your fantasy points with the number of kilometres you ride on your bike during that period.  That’s right: fantasy points + personal kilometres ridden = mind.blown.

The winner of the DTTUCC will be the player who has the highest aggregate fantasy points plus kilometres ridden during the period of the TDF.  Players who want to enter the DTTUCC are required to be a strava user and join the group specifically created for this event.  The link to the strava group is http://www.strava.com/clubs/97753

If you are not familiar with strava – it is free to join and you can download the free app to most modern mobile phones and computers.  Link to strava

You take your mobile on your ride; turn the strava app on when you start your ride. The app will automatically record your ride speed, distance and elevation, and map your route as well.  This happens via GPS; it doesn’t require a continuous live phone or internet connection.  When you finish your ride you upload the details to the strava database when you next connect to the internet.  Your rides and km distances will then be listed with the rest of the rides in the group  – you can look at them all on your computer.  You will also see how much your rivals are riding.  I will add the fantasy points and kilometres ridden together, and publish the results.

So far uptake has been disappointing.  Which is great because I will win and become the inaugural world ultimate cycling challenge champion.  And I will talk and write about My Title a lot.  For the whole of the next year.   So if you want to stop me you haven’t got much time left to enter.

However, this isn’t compulsory and you can just play normal fantasy in our league if you wish.

Let’s try and simplify things a bit with some basic advice.

Now we will look at the stage analysis.  Plenty of other sites will give you brief stage descriptions and profiles of the stages.  But what we really want to see is this table.

It looks a bit complicated so let’s break it down.  The left most column give the stage number – all 21 stages.  It also shows rest days.  This is relevant because we get 2 free trades on rest days as well.  So we will have 4 trades for the stages following rest days.

The left half of the table shows the actual scoring in the Tour de France jersey competions (i.e. the real race not the fantasy comp).

This table tells you what type of riders you want in your team at various stages.  There is a very strong message already.   You don’t need any GC riders till around stage 8 (stage 5 might effect the GC comp, but this will be GC riders losing time on a cobbled stage, not winning you fantasy points so ignore that).  Also ignore any media talking about Froome, Contador and Nibali and who is going to win the TDF.  Instead we need to concentrate on who is going to win us fantasy points in the first 7 stages.

We have covered some basic concepts, now we will look at just the fantasy analysis for each stage.  The table below details how fantasy cycling is scored (this is repeated from in the last article).

This is what it means on a stage by stage basis.

Some points relevant to our team strategies for the first week:

That will do for now.  You get the idea.  We will continue this next week as we prepare our teams for the first mountain stages in the French Alps.

Which Riders to Pick?

Firstly, this linked article has a good discussion of the various teams, all the riders, and what their focus will be.  It also includes images of all the team jerseys which you need to know in order to follow your riders on the TV coverage.

However, what we want to know is who to select for our Stage 1 squads.  There are probably 2 related choices we need to make:

I expect all of these riders would like to win the stage, and the intermediate sprint points and also get leaders jerseys at the end of the day.  Out challenge is to try and pick 5 or 6 of the best ones within the salary cap.

If we were just thinking of stage 1 we would probably leave out Sagan due to his cost.  However, it isn’t quite that simple when we consider stage 2…

However, we only have 2 trades, unless we want to buy extra trades at 10 points per trade – we can’t replace all the stage 1 sprinters.  Plus then we will trade the all rounders out again for stage 3, and get the sprinters back for the race into London (stage 3).

So for me the big advantage in starting with Sagan as one of my sprinters is that I don’t have to use trades to get him in for stage 2.  Sagan is worth having in the early stages as he should pick up a lot of points – from stage finishes, intermediate points and jersey rankings.  Sagan’s contract is up for renewal this year and he is likely to change teams.  He will want to do well in TDF to increase the value of his new contract.

If you have any questions or comments post below or hit me up on @NixTrader.  Follow me to keep up with the latest fantasy cycling info.  I will tweet when updates are added to the article.

Also forward this to any cycling mates you have, the more we have in our league the better it will be.

If you are having trouble finding any of the previous cycling articles on DTTalk you should bookmark this link – All DTTalk Cycling articles.

Very useful to get excellent info on the type of terrain for the first 2 stages and how the race will develop as each stage progresses.  Particularly to understand why stage 2 will be so difficult.