One of our friends, MJ Want, wanted to look at how Melbourne would look if they got their drafting right. Not so much DT related, but this is a very interesting read and deserves a place. Cheers MJ! 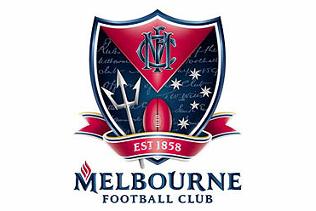 For the past few season we have heard media commentators and fans alike bang on about the recruiting of the Melbourne Football club. How their early draft picks “haven’t worked out” or “failed to live up to promise.” So I decided to quickly (did this all within an hour) troll through the drafts from 2007 – 2012 and see whom they could’ve picked instead. Now I’ve done this on the assumption that every other AFL club would pick the same player in their original position (eg if a club selected someone at 10 I couldn’t select them with pick #12.)

As you’ll see hindsight is a beautiful thing. Just ask the Melbourne football club recruiting team. In fairness, if we did this exercise with every club over the past 10 years we’d be able to find some player selections that just didn’t work out. So lets see how the past few drafts could’ve ended out for the Melbourne Football Club.

Now imagine being Mark Neeld and knowing that last weekend if the Dees had drafted this way, then they’d line up something quite possibly along the lines of this.