NixTrader for R8 – The Bye Edition

This week I am all over the Bye Rounds. Only 8 trades left until our first Bye team limbos under the cheer squad banner. We need to make sure of our plans over next few weeks. 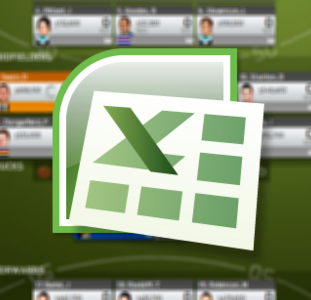 This week I am all over the Bye Rounds.  Only 8 trades left until our first Bye team limbos under the cheer squad banner.  We need to make sure of our plans over next few weeks.

League and Eliminator games continue as usual during the bye rounds (same as last year).

This year we have a max of 2 trades for each of the bye rounds, whereas last year we could use 3.  After last year’s experiences, we should expect one of our trades to be taken by an injury, suspension or holiday to one of the players we expect to be available each round.  So we could only have one trade available each bye round for further improving our team structure within the bye period.  That is why these last 8 trades are important.

Also the Bye Rounds are the best opportunity to gain a bit of ground on many of your rivals.  Hopefully they aren’t as well prepared as you.  They may not have a good captain for round 3 with both Swan and Ablett having byes at the same time.  Think of the Byes as a mountain stage in Le Tour – your best chance to put a gap between you and your rivals.

Our teams are going to get a little better before the Byes.  I am going to try to average about 1,700 each round during the bye period.  What about you?

We’re going on a Bye Hunt … We’re not scared  (well not as scared [or scarred?] as last year anyway)

The spreadsheet will show your team, and the projected scores per player in each of the bye rounds.  You should be able to work out which bye groups you need to change to improve your team and scores.  But we don’t want to just pick any players with the ‘right’ byes.  We still want our teams to perform well leading up to the bye rounds.  The following table shows which teams have better runs (in each bye group).

The percentages are the percentage increase (or decrease) compared to playing the average (or mean) team every round.

Post below how your bye preparations are going and your average score forecast, this might be useful for other coaches.

[I will be offline for large part of day Wednesday, but I will get back to you eventually].