Can’t decide how to get 5 possible trades down to 2 trades for this week? NixTrader’s spreadsheet is for you. 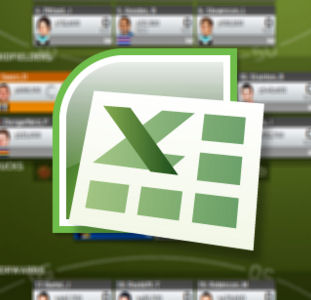 OK, spreadsheet out early this week.  Why?  Because I have vowed to be a lot more organised after missing lockout last round – I didn’t make any changes from the week before!

Friday was a travel day for me.  In retrospect the decision to drive via the Yarra Valley and visit a few wineries wasn’t the choice of a responsible DT coach.  A 3 hour trip became a 6 hour trip, and no coaching was done.  Worse still this is the 2nd time this year.  So my team is doing sh*t and I have missed the boat on many players.  At this rate I will be lucky to get into top 10k.

But good news is that I’ve bought a new Chromebook to travel with; so now will be online all the time.  Maybe my team can produce a Melbourne like last quarter and save their coach’s job.

Anyway for new readers this is a spreadsheet to help work out who to trade into, or out of, your team to get the best money changes for the next few rounds.

If you used the spreadsheet from previous weeks, you can just select your team block of players’ names from there and copy + paste your team into this spreadsheet.

I am interested in how you are going with this.  Are there any features you would like added for future versions?

At the bottom of the spreadsheet there are 3 more tables.